Getting into and out of Aspen, Colorado could sometimes run the gamut from daunting to absolutely terrifying.

The town itself is small: a grid of just a few blocks jammed between towering peaks that rise to over 14,000 feet in places. The airport has a single runway—it’s known to be quite the challenge for pilots—and always subject to sudden, disastrous changes in weather.

Regardless, Aspen was my favorite go-to winter vacation spot for decades. I went as often as possible; from NYC; from the Palisades; and most often, from Malibu (accompanied by whomever could be talked into it).

I estimate that about one out of every six of those forays turned out to be near-calamitous either on the way or coming back.

The one that almost killed me started out in Manhattan. My traveling companion was a chiropractor I had been seeing—first as a patient, and then socially. I started to have suspicions about him just before the trip got underway; they were confirmed in Aspen. My skiing partner was a pathological liar (though a relatively harmless one). This was a person who compulsively exaggerated at every opportunity. Also just plain flat-out lied. I made the choice not to confront him, but once I figured him out, it made for a few very uncomfortable days… 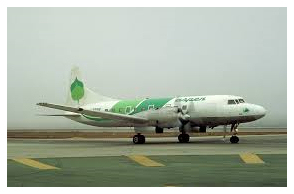 We had flown out of JFK. In Denver, we hopped on one of those Aspen Airways over-the-mountain flights that usually took just under an hour. I’d been on them dozens of times, starting back when we passengers were obliged to suck on oxygen tubes. I’d never been afraid before, but this flight was different. It was snowing heavily, and, with no visibility at all, it put me on the edge of my seat for the duration. I remember we were sitting in the first row, face up against the carpeted bulkhead. After an eternity or two of that, we finally began the steep descent, always short and dramatic. As we broke through the low-lying clouds, it took one glance out the window for me to set my feet against that wall, thinking “this is it.”

The thing was, we weren’t over the Aspen Airport. We were over Starwood Estates, a community of mansions right next to Red Mountain, a mile or so over from the airport. The plane shuddered loudly and shook violently as the pilot pulled the nose up to abort the landing. Suddenly, the engines stalled…and there came a heart-stopping silence…but a few long seconds later the engines caught again and we could actually feel and hear the strain as the plane slowly (oh so slowly), screamed to regain the bit of altitude needed to just skim over the top of Red Mountain…

We returned to Denver. There we were offered a choice: stay overnight, or get on a different plane for yet another landing attempt. For the life of me, I can’t say why, but we chose option two. But by the time we got to Aspen, the weather had changed, and we landed easily.

Had more than a couple of martinis that night. Our near-catastrophe made the front page of the Aspen Times the next morning…

A few years later, Alex and I had moved to the Pacific Palisades. We decided on the spur of the moment to fly to Aspen for a long weekend. He was about 9 years old, had a bit of a cold, but was determined to go anyway — he loved Aspen nearly as much I did. I booked the early afternoon flight.

Seven hours later (the flight board had kept flashing “delayed”)—around 7 pm—we finally took off. It was a familiar trip, but this time, the flight seemed to take way too long. Then the pilot announced we had been diverted from Aspen due to weather, and were going to try to land at the Eagle airport. (I believe he actually did say, “try.”)  Nice. In the meantime, Alex was getting sicker and sicker. Now he had a fever.

We did manage to land at the Eagle County Airport, a little after 10 pm. It’s near Vail, a good two hours from Aspen. We were now promised a bus ride, but it didn’t arrive until midnight. The jam-packed bus was hot and stifling; by now, Alex was burning up, and I was frightened. 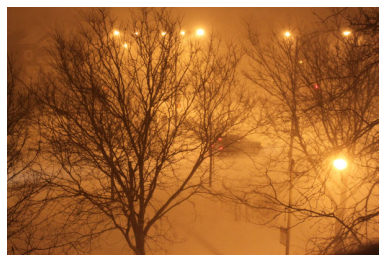 It took longer than the two hours to get to Aspen, whereupon the bus driver refused to take us to our hotel. We were dumped on the main road next to the Little Nell Hotel with our two heavy suitcases (no roller bags in those days). Our hotel, the Aspen Alps, was just a short half-block up the hill. Alex convinced me we could make it, and manfully grabbed one of the valises.

It was 25 below and a gale was howling. We made it about 20 feet before the wind blew Alex over.

Blessedly, the Little Nell people called us a cab for the half-block trip, and we succeeded in waking up the Night Manager at the Alps.

Alex still talks about that adventure…