The Waiting is Over: Julian Lennon

Maybe it had something to do with our being able to sit back and relax as John McCurry cut up and took over the scene at NYC’s China Club, but from the beginning, Julian and I shared an unspoken empathy. Jules always seemed perfectly comfortable in his own skin, yet was also somewhat reserved—quite different from many of the flamboyant China Club habitués with their coteries of models and desperate need to be noticed.

He and Christian Slater (another relatively quiet one) were tight during that time: this was in the late ‘80s…

I remember Julian once came back from a trip to visit his mother, Cynthia, on the Isle of Skye, and out of the blue presented me with a bottle of her signature perfume and a couple of cool-looking rocks he’d picked up from the beach. I was truly touched.

Our friendship continued even as I moved to Southern California. McCurry, his girlfriend Kirsten, and engineer Rick Kerr followed me there. They moved back to NYC after about a year (there was just not enough work for them).  But during that first year, John, Jules and I often hung out at my house in Malibu, talking until dawn. I once asked Julian what he was doing with his life, and he answered, “I’m waiting.” I understood (and it wasn’t just about his inheritance that was being held up by Yoko); it went deeper than that. McCurry and I even wrote a song for him titled, “I Was Just Waiting for You” (recorded on an album I produced for the German artist Dan Lucas, now touring as a guitar player and singer for the group Helter Skelter).

We did kick up our heels on the L.A. scene occasionally: at restaurants like Tommy Tang’s or Dan Tana’s—and at the L.A. China Club. There was one memorable night at the Club with the late great Sam Kinison and his girlfriend Malika. She wore a skintight flowered sheath dress and a Carmen Miranda hat (complete with a choice selection of fruits). 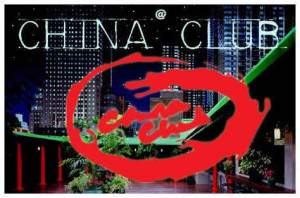 She dodged through the crowd with tray after tray of “Sex on the Beach” shots held high overhead with one hand while Sam screamed one-liners and ad-libs until he had us gasping for breath, laughing so hard…

Jules, John and I have rekindled our friendship after the release of “Hit Woman.” They both have been incredibly supportive — even helped with its promotion. (Julian gave me the blurb, “A Great Read. From a Great Friend. Old Days in NYC…”)

One more thing about Jules. He continues to be an amazing talent as a singer/songwriter. His voice has a sweet and wistful quality, reminiscent of both John and Paul — and the harmonies in his songs are unusual, even haunting.  “Everything Changes,” his newly-released album, is well-produced for sure (I love the duet with Steven Tyler). But I sometimes wonder if that’s where his heart is, where he truly belongs. He has evolved into such a great human being: someone with important global interests. His passion for photography is strong; he has just completed a year-long documentary film project on his life; and he is devoted to his White Feather Foundation charity (with Whoopi Goldberg).

Does he really want the life of a rock superstar (with all of its baggage)? Did he ever? I’m not sure. What I do know is that his “waiting” seems to be over.

Susan Hamilton’s memoir, “Hit Woman,” is available in hard cover, paperback, and as an eBook.

7 responses to “The Waiting is Over: Julian Lennon”